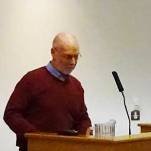 The 19th annual Sir John T. Gilbert Commemorative Lecture,  'Rioters, Looters, Lady Patrols & Mutineers: Some reflections on lesser visited aspects of the Irish Revolution in Dublin', is now available for purchase in book form. The lecture was given by Pádraig Yeates (in photo), at Dublin City Library & Archive on Thursday 21 January 2016.

The book was launched on Wednesday, 25 January, on the occasion of the 20th Gilbert lecture at the Dublin City Library & Archive in Pearse Street. Price is €8 and details are available on how to purchase / check availability in the library catalogue.

Listen to Pádraig Yeates' lecture "The women were worse than the men: crime in Dublin in 1916" on which the publication is based.

Pádraig Yeates is a journalist, trade union activist and distinguished social and labour historian. He is an expert on the history of Dublin in the early decades of the 20th century. He is best known as the author of a series of books on Dublin in the revolutionary period as published between 2000 and 2015: A City in Wartime: Dublin 1914-1918, A City in Turmoil: Dublin, 1919-192 and A City in Civil War : Dublin, 1921-1924. He is the author Lockout, the standard work on the great 1913 labour dispute in Dublin. 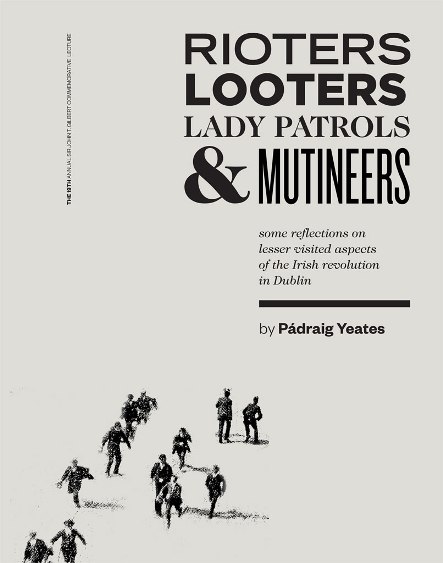