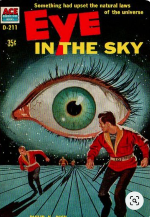 Science fiction provides the perfect outlet to escape from everyday life, nothing beats picking up a novel and being transported into a new world. Some of these are classics that you will know but others are excellent works that may have been flying under the radar. Add the unfamiliar ones to your TBR list.
Though science fiction is truly out of this world, the stories in these books always connect to the present day. The story lines are often metaphors used to critique society. The book cover opening this blog is from Philip K. Dick, he was an American writer known for his work in science fiction. He produced 44 published novels and approximately 121 short stories, most of which appeared in science fiction magazines during his lifetime. 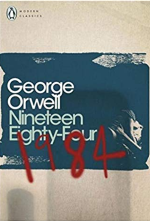 George Orwell's dystopian masterpiece, Nineteen Eighty-Four is perhaps the most pervasively influential book of the twentieth century. Hidden away in the Record Department of the sprawling Ministry of Truth, Winston Smith skilfully rewrites the past to suit the needs of the Party.  A dystopian novel where our culture has become the victim of government surveillance and public manipulation. 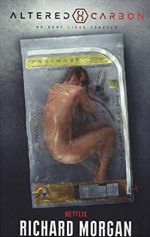 Altered Carbon is set in a future where interstellar travel is done by “sleeving” one’s consciousness into new bodies, the story follows a private investigator whose past collides with his present as he attempts to solve a rich man’s murder. A dark and gritty cyberpunk experience.So when ex-envoy, now-convict Takeshi Kovacs has his consciousness and skills downloaded into the body of a nicotine-addicted ex-thug and presented with a catch-22 offer, he really shouldn't be surprised.  Kovacs is drawn into a terrifying conspiracy that stretches across known space and to the very top of society. It is also Netflix series. 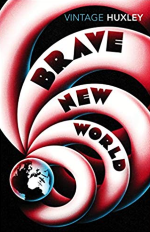 Brave New World imagines a future where people are divided into castes chosen before birth and kept docile through the use of drugs. Through clever use of genetic engineering, brainwashing and recreational sex and drugs all its members are happy consumers. Bernard Marx seems alone harbouring an ill-defined longing to break free. A visit to one of the few remaining Savage Reservations where the old, imperfect life still continues, may be the cure for his distress. Heavily relying on references to Shakespeare, it offers scathing criticisms of capitalism, utopian ideals and conformity. 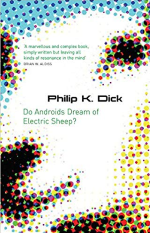 War and pollution have taken their toll on Earth, leaving it very nearly uninhabitable. Those who can afford to do so have fled off-world, leaving what’s left to the not so fortunate, like Rick Deckard. Rick, who makes his living eliminating renegade androids, is prompted to question his work, and even his own identity, during a particularly challenging assignment. Do Androids Dream of Electric Sheep? is an amazing novel, and perhaps one of the most approachable of Dick’s many works. 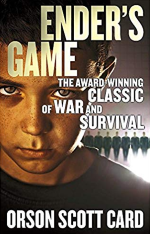 In Ender's Game, an alien threat is on the horizon, ready to strike. And if humanity is to be defended, the government must create the greatest military commander in history.The brilliant young Ender Wiggin is their last hope. But first he must survive the rigours of a brutal military training program - to prove that he can be the leader of all leaders. 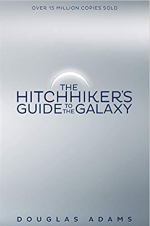 On 12 October 1979 the most remarkable book ever to come out of the great publishing corporations of Ursa Minor (and Earth) was made available to humanity - The Hitchhiker's Guide to the Galaxy. For sheer absurdist audacity, imagination, bombast, and pure fun, The Hitchhiker’s Guide is tough to beat. It’s an utterly irreverent and wildly imaginative adventure that simultaneously skewers and builds on the tropes and confines of traditional sci-fi. It’s biting satire and pure absurdist humor, all shot through with a vein of cynicism and a surprisingly firm internal logic. Basically, there’s nothing quite like The Hitchhiker’s Guide and you really should read it. 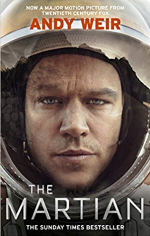 Andy Weir’s The Martian is the sort of novel that grips a reader from its very sentence. With his debut novel, Weir deftly balanced a truly thrilling story of survival with laugh-out-loud doses of black humor and real, cutting edge science. Weir tells the story of Mark Watney, a fictional NASA astronaut stranded on Mars, and his difficult mission to save himself from potential doom in the harsh Red Planet environment. It was made into a movie starring Matt Damon and released in 2015. 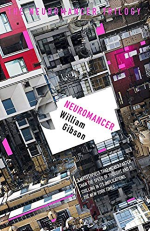 William Gibson revolutionised science fiction in his 1984 debut Neuromancer. The writer who gave us the matrix and coined the term 'cyberspace' produced a first novel that won the Hugo, Nebula and Philip K. Dick Awards, and lit the fuse on the Cyberpunk movement. One of the seminal works of cyberpunk, Neuromancer taps into the counterculture movements and excitement about computers found in the 1980s to tell a story of a world where hackers and cyborgs work together to perform daring heists against massive corporations. 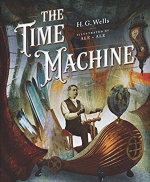 The Time Machine is a must-read for any science-fiction fan. In this classic, the time-traveling protagonist is propelled by his machine to the distant year of 802,701 AD. To his horror, he finds only a decaying Earth that is being gradually swallowed by the Sun, where two strange species— the delicate Eloi and the fierce, subterranean Morlocks—inhabit an eerie dystopia. 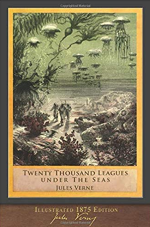 Jules Gabriel Verne (1828-1905) was a French author and a pioneer of the science-fiction genre. Twenty Thousand Leagues Under the Sea, this thrilling adventure tale by the 'Father of Science Fiction', three men embark on an epic journey under the sea with the mysterious Captain Nemo aboard his submarine the Nautilus. Over the course of their fantastical voyage, they encounter the lost city of Atlantis, the South Pole and the corals of the Red Sea, and must battle countless adversaries both human and monstrous. Verne's triumphant work of the imagination shows the limitless possibilities of science and the dark depths of the human mind. 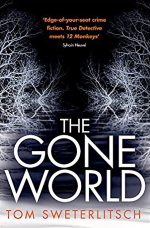 A description like “Inception meets True Detective” should be enough to pique any science fiction fan's curiosity. The Gone World, follows a woman who is a member of the elite Naval Criminal Investigative Service. Set in the 1990s, Shannon Moss is trying to solve the mystery of a grisly murder of a Navy SEAL's family and is flung into possible versions of the future to try and find answers. This 2018 novel by Tom Sweterlitsch is truly unlike anything else out there in the genre right now. 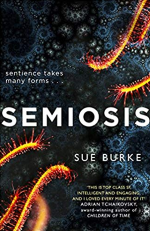 This is Sue Burke’s first novel and a first-contact story about humanity meeting an alien race and trying to coexist with it on a planet that they’re attempting to colonize. It’s the first part of a two-book series. It's a duology worth following as Semiosis was a finalist for several prizes for science fiction novels. Escaping conflict on Earth, an idealistic group of settlers arrive on a distant planet – Pax – with plans for a perfect society. The world they discover is rich with life, but this is not the Eden they were hoping for. The plants on Pax are smart – smart enough to domesticate, and even slaughter, its many extraordinary animals.