Congratulations to Sarah Crossan, Louise O'Neill, Lauren O'Neill, Fatti (Kathi) Burke and John Burke who have just been been named winners of the CBI Book of the Year Awards 2016. The awards celebrate the very best in Irish children's literature and are open to any children's book written in English or Irish by Irish born or resident authors and illustrators. The fantastic CBI Award winners, picked from a strong shortlist, were announced at Smock Alley on Monday 23 May at 1pm.

Sarah Crossan is the first author to win both the book of the year and the children's choice. One is the original and sensitive story of 16 year old conjoined twins Grace and Tippi. The judges said ‘Crossan’s signature blend of lyricism and realism addresses complicated dynamics of family, identity, sisterhood and difference. Told in verse and in the first person, this elegant, sensitive story will stimulate reflections and conversations about discrimination, diversity, difficult choices and the bonds of love.’ (from CBI Blog) The children's choice award is decided by young readers across the country through a shadowing scheme. 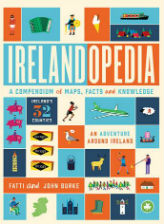 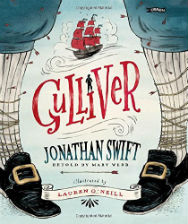