The Children's Book of 2017 is...Goodnight Everyone 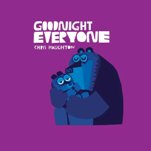 Goodnight Everyone by Chris Haughton was announced as the winning title of the 27th Children's Books Ireland (CBI) Book of the Year Award on Tuesday (23 May) at a ceremony held in Smock Alley Theatre in Dublin. Congratulations to Chris who also won the Honour Award for illustration for Goodnight Everyone. This is a fabulous bedtime read for little ones - just be careful if you are a tired parent reading it you may find yourself getting very sleepy too! zzzzzz

The award judges said ‘Chris Haughton’s vibrant illustrations combine perfectly with deceptively simple narrative in this mesmerising bedtime tale. Chronicling a series of animal yawns, the colour palette gradually darkens as the world of the forest is painted in sunset. Haughton’s use of cut-outs is particularly effective and the star maps in the endpapers add a mystic dimension to this captivating story.’

Honour Award for Illustration: Chris Haughton for Goodnight Everyone. 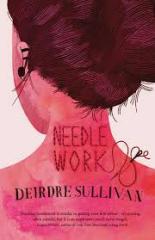 Deirdre Sullivan continues to impress with this perceptive and profound look at some challenging emotions and experiences.

The judges said, ‘Needlework by Deirdre Sullivan is a poetic and eloquent exploration of violation, abuse, neglect and advocacy of the transformative power of art. Starkly genuine and sincere, Sullivan’s powerful use of the metaphor of tattooing invites reflection about identity, difference, self-protection and self-invention. This searing yet delicate representation of adolescent experience will resonate deeply with teenagers and is a story that needs to be told and needs to be read.’

Delighted to see this book getting recognised. Books published by Futa Fata are a great way to bring Irish into your home (and car - thanks to the accompanying CD) in a fun way. The songs and illustrations are thar bhar! 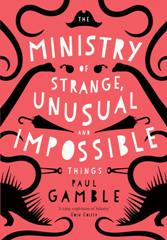 Eilís Dillon Award for a first children’s book: Paul Gamble for The Ministry of Strange, Unusual and Impossible Things.

This books has it all - humour, werewolves, pirates, unicorns, dinosaurs, the tooth-fairy! It will appeal to readers who relish the absurd and like things a bit crazy.

The judges said, ‘Get ready for a rollercoaster of zaniness, adventure and hilarity! This debut novel by Paul Gamble skilfully juxtaposes the fantastical, thoughtful, comic and mundane. The relentlessly curious Jack, on a mission to find his missing friend, is recruited into the secret Ministry of Strange and Unusual and Impossible Things (Ministry of S.U.I.T.s) which deals with all the weird creatures and objects in the world. Enhanced by witty footnotes and explanatory subsections, this deliciously imaginative and immersive novel is a joy to read.’ 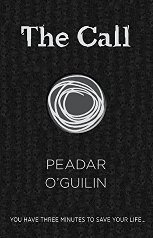 Children's Choice Award: The Call by Peadar Ó Guilín
Voted for by young readers from across the country, this award winner is chosen by shadowing groups who read and judged the ten shortlisted titles and voted for their favourite. The shadowing scheme is supported by the Arts Council of Northern Ireland and UNESCO Dublin City of Literature.