The Collector by John Fowles 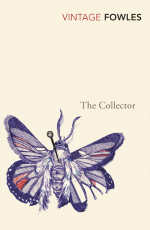 Withdrawn, uneducated and unloved, Frederick collects butterflies and takes photographs. He is obsessed with a beautiful stranger, the art student Miranda. When he wins the pools he buys a remote Sussex house and calmly abducts Miranda, believing she will grow to love him in time. Alone and desperate, Miranda must struggle to overcome her own prejudices and contempt if she is understand her captor, and so gain her freedom.

The Collector is a 1963 thriller novel by English author John Fowles, in his literary debut. Its plot follows a lonely, psychotic young man who kidnaps a female art student in London and holds her captive in the cellar of his rural farmhouse. Divided in two sections, the novel contains both the perspective of the captor, Frederick, as well as that of Miranda, the captive.

A dozen different schools of thought in literary criticism are chloroformed and bundled into the back of a van. The van is driven to a remote cottage and the literary theories are put into a room in the cellar. They are told to argue the meaning of The Collector by John Fowles with the last man standing given their freedom whilst the other theories must stay captive.

After a week the cellar door is opened, a fog of cigar smoke immediately cascades through the door; Freudian literary theory stands alone triumphant.

‘Alles klar. The author’s hatred of his Mutti and Papa is well documented. Herr Fowles saw his parents as philistines, he voz disgusted by their lack of taste and horrified by zer suburban crassness.' 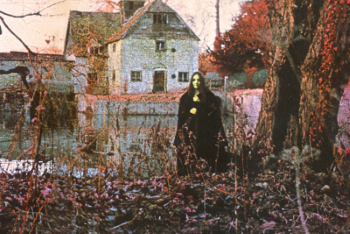 ‘The hatred for die Eltern manifests itself in the dull, dangerous and uncultured Frederick Clegg who is obsessed with possessing the beautiful, caring and cultivated Miranda. However, when he achieves this ambition he realises that he does not understand the subject of his obsession which leads to Fredrick’s anger, confusion and unhappiness.' 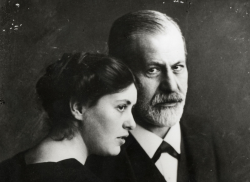 The Collector by John Fowles is available to download on Borrowbox. Access eBooks/eAudiobooks on your phone, tablet or reader. Once you have installed the app, search for Dublin in the ‘Library’ field provided and then sign in using your library membership card number and PIN. Watch our how to video on Borrowbox. Members of other library authorities will need to log in using a different link.