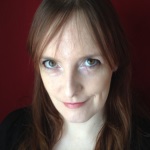 Many congratulations to Galway author Lisa McInerney on winning the 2016 Baileys Women's Prize for Fiction with 'The Glorious Heresies'. With it she collects a cheque for £30,000.

The Glorious Heresies is Lisa McInerney's first novel, though you may have come across her writing as Sweary Lady in her witty blog The Arse End of Ireland which she wrote from 2006. McInerney's debut is set in post-boom Cork and her protagonists inhabit the darker edge of society; Ryan, a 15 year old drug dealer and his alcoholic father, Georgie, a prostitute; and Maureen, whose son is a gangster, has just accidentally murdered someone.  McInerney's energetic comic style and her interesting characters lift the book from its setting and make for a colourful, fresh read.

Launched in 1996, The Baileys Women's Prize for Fiction is awarded to a female author who, in the opinion of the judges, has written the best, eligible full-length novel in English.

Read about the 2016 Award shortlist | longlist.