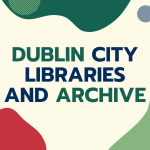 In this episode of the DCLA podcast, authors Susan Stairs, Nuala O’Connor and Eimear Ryan discuss their short stories in The Long Gaze Back. Chaired by Sinéad Gleeson.

Nuala O’Connor (aka Nuala Ní Chonchúir) is a writer and poet who has published 14 books, including Miss Emily and Becoming Belle. She has been published in Granta, The Stinging Fly, and Guernica, among many others.

Eimear Ryan’s writing has appeared in Winter Papers, The Dublin Review, gorse, The Stinging Fly, Granta.com and the Faber anthology Town & Country. She is co-editor of the literary journal Banshee. From Co. Tipperary, she lives in Cork

Susan Stairs received her Masters in Creative Writing from University College Dublin in 2009 and her story ‘The Rescue’ was shortlisted for the Davy Byrnes Irish Writing Award the same year. She has published three novels: The Story of Before (2013) and The Boy Between (2015) and her third novel One Good Reason (2017).

Sinéad Gleeson is the editor of The Long Gaze Back and The Glass Shore, two anthologies of stories by Irish women writers. Sinead's collection of essays Constellations was published in 2019 by Picador.