Dublin City Council has put history and communities at the heart an innovative new project which builds on last year’s commemoration of the 1916 Rising. The centenary of the Rising saw unprecedented engagement with history in the city as hundreds of thousands of citizens, visitors and community groups remembered this pivotal moment in our history.  Now Dublin City Council has recruited six Historians-in-Residence to build on this enormous public interest in history. The historians are working across the city and are talking history with the general public, community groups and schools from now until January 2018 and can be contacted at [email protected]

The six historians bring a wealth of knowledge, research and public engagement to this project. They will give talks and tours, will lead walks and workshops, write blog posts and books and help communities to research their local area and showcase the findings.  Decoding street names, photographing local monuments and memorials, meeting history groups, quizzes, debates and oral history projects are just some of the topics that have engaged them so far. 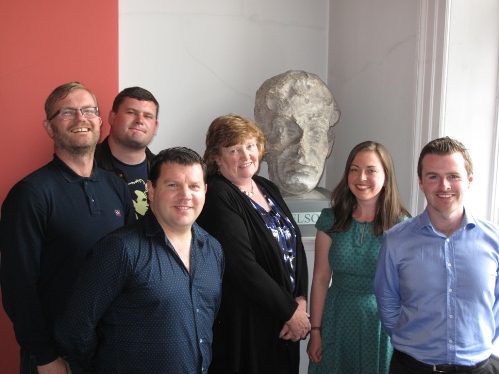 To begin, the historians are delivering a three-part lecture series on the Irish Revolution, 1917-1923 in June in libraries across the city. With 38 lectures in total on offer in 14 libraries across the city, topics covered include “Dublin in 1917”, “What was the War of Independence?” and “What was the Civil War?”. All the lectures are free and have been attracting wide interest, you can attend the series or each lecture stands alone. 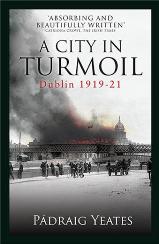 The Historians-in-Residence project will be managed by Dublin City Public Libraries. Dublin City Librarian, Margaret Hayes said: “I am delighted to welcome these historians to Dublin City Council to continue the work under the Decade of Commemorations and to champion history in Dublin and its neighbourhoods where they will work with communities, schools and families on local history and stories. The City’s Library & Archives Service is custodian of amazing collections of documents, manuscripts and artefacts, all of which add to the memory of Dublin for its citizens, and the historians will be promoting these collections in the course of their work.”

One historian is based in each of the administrative areas of the city.  Further details on the project and on the lecture series in June:  http://www.dublincity.ie/decadeofcommemorations