Congratulations to Sara Baume whose second book 'a line made by walking' has been shortlisted for the Goldsmiths Prize 2017. 'A line made by walking' charts a young artist's search for meaning and healing in rural Ireland. Struggling to cope with urban life and life in general, Frankie retreats to her family's rural house on "turbine hill," vacant since her grandmother's death three years earlier.

Listen back to Sara reading from and discussing 'a line made by walking' at our recent Contemporary Irish Authors series at the Central Library.

Irish authors have good form, winning three out of four Goldsmiths Prizes since its inception in 2013.

The shortlist features two former winners of the International Dublin Literary Award, Nicola Barker, who won in 2000 with Wide Open and and Jon McGregor, who won in 2012 with Even the Dogs.  Will Self as the author of many books, needs no introduction! There is one debut novel on the shortlist, Playing Possum by Kevin Davey. First Love is the fifth novel by English author Gwendoline Riley. She has previously won the Betty Trask Award and a Somerset Maugham Award. 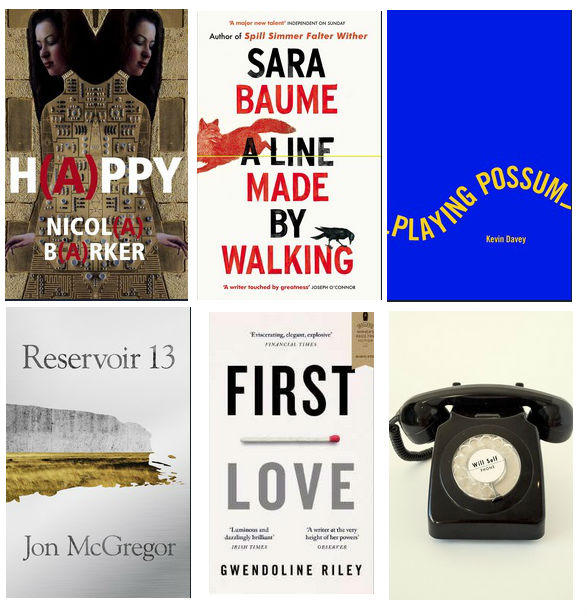 The full shortlist, with links to our catalogue:

The Goldsmiths Prize was established in 2013 to "celebrate the qualities of creative daring... and to reward fiction that breaks the mould or opens up new possibilities for the novel form." (Quote) The prize is sponsored by Goldsmiths, University of London in association with the New Statesman, and is open to works by authors from the UK and the Republic of Ireland.

The winner will be announced on 15 November.