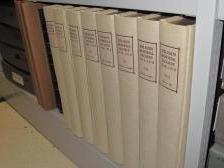 The 'Fragments: Stories from Gallipoli 1915' exhibition, curated by Dublin City Archives, draws mainly on sources from the Royal Dublin Fusiliers Association Archive which is held at Dublin City Library and Archive. It gives an overview of the failed 1915 Campaign by the Allies and highlights the personal experiences of a number of Irish-born World War I soldiers who fought in Gallipoli by utilising diaries, photographs and correspondences.

The second exhibition, 'Çanakkale: Road to Peace out of War,' is about the Gallipoli Campaign, known as "Çanakkale Savaşı" (Battle of Çanakkale), in Turkey. This photographic exhibition has been funded by the Turkish Embassy in Ireland in remembrance of the gallantry and friendship that flourished on Turkish land. It reflects not only the military aspect this battle, but also the humane relationship between the soldiers on both warring fronts.

Dublin City Library and Archive is the perfect place to learn more about the Gallipoli Campaign, with access to viewing these two exhibitions currently on display, as well as a very special collection of volumes recording the Irish lives lost at Gallipoli.

The impact of the Gallipoli campaign on Ireland during World War I was commemorated and recognised on Wednesday, 22 April, 2015 in Islandbridge, Dublin at the War Memorial Gardens. There is an Irish Times article that was published on this event as well. Minister of State with responsibility for the Office of Public Works (OPW), Simon Harris, formally received a recently restored set of volumes that contains the names of the Irish that took part in the campaign. The Irish people suffered devastating losses during this initiative, amounting to an estimated 3,400 lives, and the restoration recognises these soldiers.

Only 100 sets were published of these volumes. They record the names of the Irish people who lost their lives for the allied armies from 1914 to 1918.

Illustrations by Harry Clarke depict a combination of select Celtic and Art Deco motifs, war panoramas, medals and badges, in addition to religious and mythical scenes. They are a valuable addition to any library or collection.

These records can also be found in the Reading Room on CD-ROM versions, which you can see in the library catalogue.

If you don't have the ability to visit the library, the records can also be accessed online as well.

Select the photos below to view larger sizes. 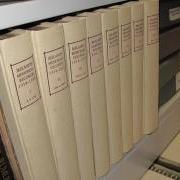 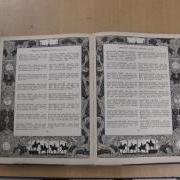