Review of Missing by Barry Cummins

Every year there are approximately 9500 people reported missing in Ireland. Most of these cases are solved. Some aren’t. Unfortunately, at the end of every calendar year, some people become part of the long-term missing persons statistic. 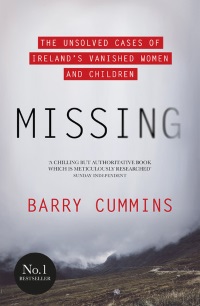 Missing by Barry Cummins is an authoritative and well-researched account into some of the most high profile abductions and murders in the state.

Access eBooks/eAudiobooks on your phone, tablet or reader. Once you have installed the app, search for Dublin in the ‘Library’ field provided and then sign in using your library membership card number and PIN. Members of other library authorities will need to access BorrowBox using a different link