About the Lord Mayor

Back to The Lord Mayor of Dublin

Hazel Chu was born and raised in Dublin. She grew up in the suburb of Firhouse, before moving to Celbridge, and now lives in Ranelagh with her partner Patrick and their 2 year old daughter Alex.

She first became involved in politics in 2014, when she ran her partner’s local election campaign.  In 2019, she became the first Green Party councillor to be elected in the local elections for the ward of Pembroke and topped the poll with over 4,000 first preference votes. In the same year she was elected Chair of the Party.

She studied politics and history in UCD and trained to be a barrister at Kings Inns. While studying she worked as a fundraising consultant for non-profits and as a production manager for music festivals. After being called to the Bar in 2007 she worked in Sydney, Hong Kong and Guilin. Upon returning home she was offered a Fellowship by UCD Smurfit and worked in New York for Bord Bia. She has worked in various management roles and in 2013 became Diageo’s Head of Brand, Corporate and Trade Communications.

Councillor Chu was the first person in her family to finish school and go to college. Her parents are from Hong Kong. They met in Ireland in the 1970s.

In her spare time she lends her voice to promoting diversity and equality, and is a regular media contributor.  Her first loves are her daughter, running election campaigns, surfing, and cooking. Since she was a teenager she has worked in her mother’s restaurant in every position from dishwasher to waitress, to sous chef.

Hazel Chu is the 9th woman to hold the office of the Lord Mayor of Dublin. 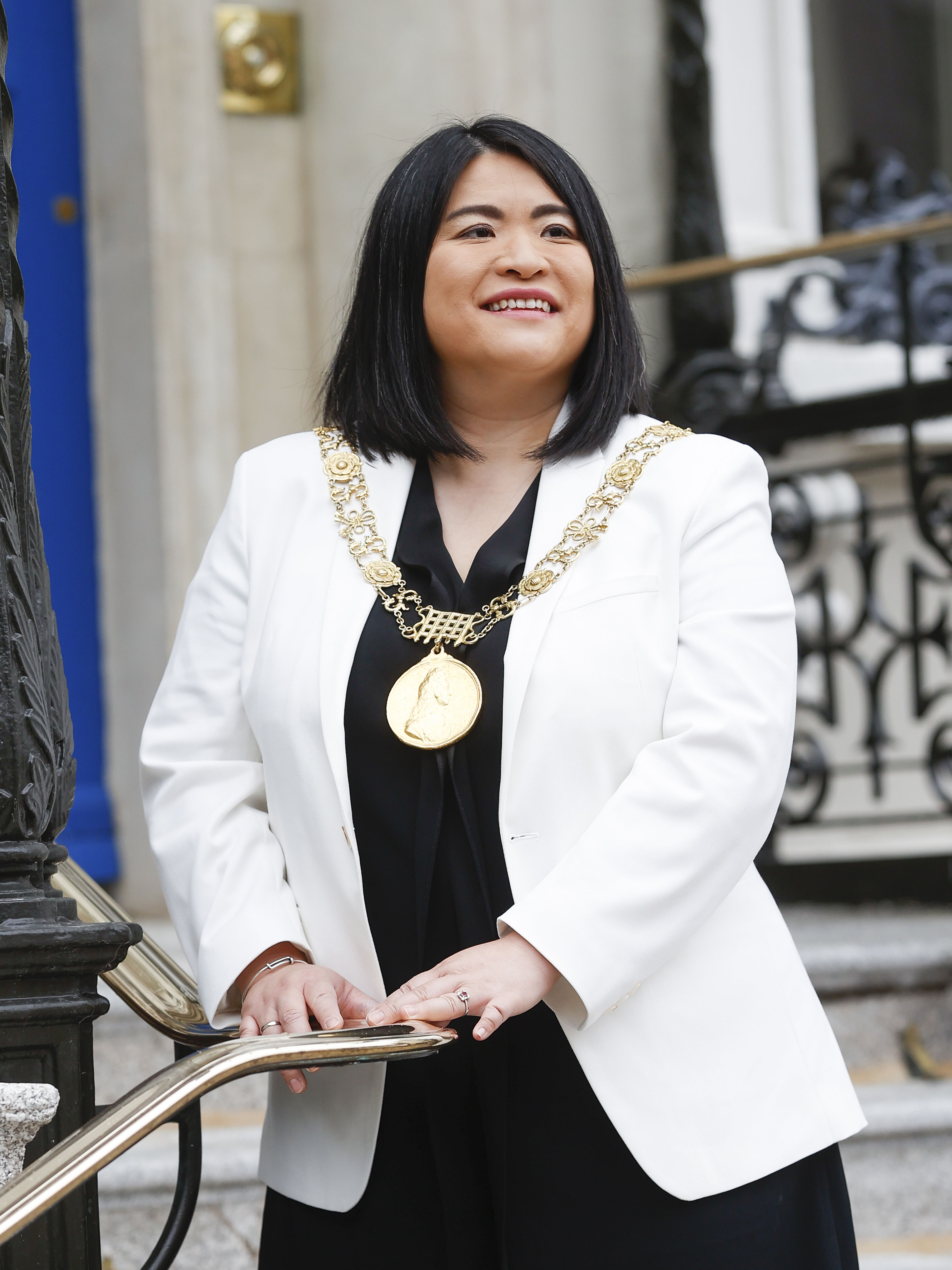