More great recommendations from our colleague Lara in Phibsboro Library. History defines the Deep South as the original seven states of Confederacy, although the term was first used long after the Civil War ended. Before the war, the region was known as the “Lower South" and included Georgia, Florida, northern Alabama, North Louisiana, East Texas, and Mississippi. The term "Deep South" is defined in a variety of ways: most definitions include the states Georgia, Alabama, North Carolina, South Carolina, Mississippi, and Louisiana. 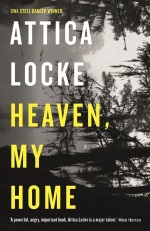 Oh, but don’t you love that feeling when a good book grabs you and won’t let you go?  I’ve just finished Attica Locke’s latest novel Heaven, my Home and can’t wait to read more of her work.  Texas Ranger, Darren Matthews, is fighting fires on all fronts.  His marriage is just about hanging on, his mother is blackmailing him, and his career is on the line.  Against the backdrop of a newly elected Donald Trump and fresh waves of racial violence, Matthews is sent to a sleepy town in East Texas to investigate the case of a 9-year-old boy who goes missing on Caddo Lake.

The child is the son of a white supremacist who is currently in jail, and the main suspect is a black man. The story is fast moving and gripping, and the author writes superbly.  The murky waters and twisted trees of Lake Caddo serve as a metaphor for all that is hidden beneath the surface of this divided community.  Heaven, my home, was nominated for the International Dublin Literary Award longlist this year. Locke’s novel, Pleasantville, is also available and I look forward to reading that next! 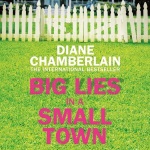 Diane Chamberlain is another American writer, who writes gripping stories set in the Southern states, where respectable facades often hide scandalous truths. Her latest book, Big Lies in a Small Town, weaves two stories together.  In 2018, Morgan Christopher, is released from prison on one condition: that she restore an old post office mural in the Southern town of Edenton. The mural hides a darker story however, of jealousy, madness and murder.

The story switches back to 1940 when a young woman called Anna Dale, wins a national competition to paint a mural for a post office in a sleepy town in North Carolina. This is a gripping read. If you enjoy this, The Stolen Marriage, by the same author is another page turner where a marriage is not all that it seems, and where everyone is hiding something. There have been many strong female writers who have written about life in the southern American states, often focusing on the continuing legacy of slavery and racial divisions. 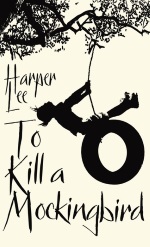 To Kill a Mockingbird by Harper Lee has become a modern American classic, still much loved sixty years after its publication in 1960. Although classed as a children’s book, it is a wonderful read for any age. I can still remember the first time I read this book in my twenties. I walked around the house reading it as I went, unable to put it down. Told through the eyes of six-year-old Scout, the story recounts the trial of a black man who is accused of raping a white woman in a small town in Alabama. Scout’s father, Atticus Finch, is the lawyer who defends the black man, and is the moral compass of the novel. Loosely based on elements of Harper Lee’s own life, this book was her only published work until Go Set a watchman was published in 2015. 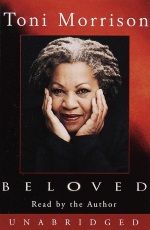 Beloved by Toni Morrison is another American text which deals with the horrors of slavery and the psychological impact on those who were enslaved. Morrison won the Pulitzer Prize for fiction in 1987 for Beloved. It was inspired by the true story of Margaret Garner who escaped slavery by travelling over the border from Kentucky to Ohio.  She was pursued by slave hunters and killed her 2-year-old daughter so that the child would not grow up in slavery. In the story, the family is haunted by the ghost of her baby daughter. The book was adapted into a film in 1998, starring Oprah Winfrey in the leading role.

Mildred D. Taylor is most famous for her classic children’s book, Roll of Thunder Hear My Cry, which was published in 1976 and won the Newbery Medal the following year. The story follows the story of the Logan family, a poor black family who struggle to survive at the height of the Depression in rural Mississippi. Racism is a constant theme in this, and the later books in the series. Her latest book  All the days past, All the days to come is the final book of the series on the Logan family.

Watch our how to video on Borrowbox.

Access eBooks/eAudiobooks on your phone, tablet or reader. Once you have installed the app, search for Dublin in the ‘Library’ field provided and then sign in using your library membership card number and PIN.
Members of other library authorities will need to access BorrowBox using a different link