The Irish Economy. What happened? What next? 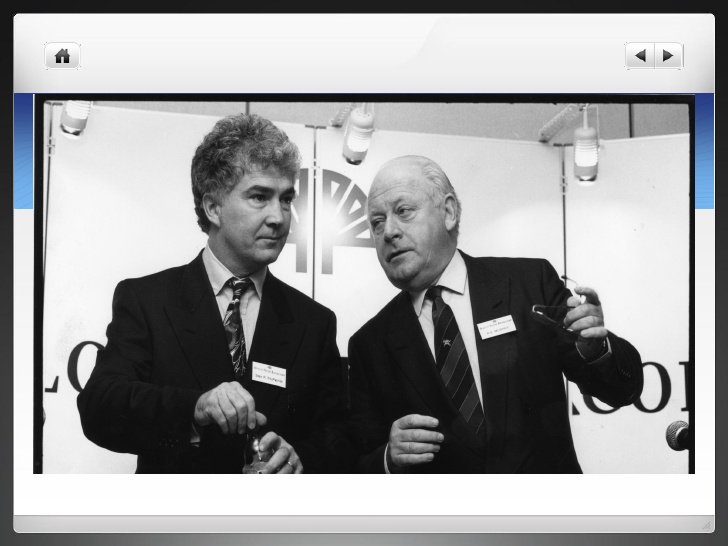 This March saw a series of lunch time talks take place in the Central Library entitled ‘The Irish Economy; What happened, what next?’

The series was aimed at helping to answer, or at least providing possible answers to some questions around the Irish Economy:

Where possible we recorded the talks and you can access them below. You will also find links to more information on each contributor, other talks they have given and blogs or books they have put out.

Ireland's Property Market, How did it come to this? And where to next? Ronan Lyons

Dublin City Libraries & Archives · Ireland's Property Market - how did it come to this? And where to next?

Ronan Lyons is probably best known as the resident economist at Daft.ie and is responsible for its quarterly report on Ireland's residential sales and lettings markets.

Ronan gave a lively presentation which focused on four ‘stylised facts’ which are:

The talk ran through the changes over time to house prices in Ireland, both in the last twenty years and over the longer term. Ronan introduced the idea of “adaptive expectations” and the role this plays in the housing market i.e. that people look at what happened in the recent past and assume it will continue into the future. In terms of how we might value housing he discussed the ratio of rents to house prices. Finally there was a certain amount of crystal ball gazing and a look what might happen in the near future.

Ronan blogs at ronanlyons.com and has a range of material from recent talks. He recently co-edited Next Generation Ireland which can be borrowed from your local library.

The Irish banks and Eurozone stability: Learning from the past, looking to the future

Dublin City Libraries & Archives. The Irish banks and Eurozone stability: Learning from the past, looking to the future

Gregory Connor is Professor of Finance at the National University of Ireland, Maynooth. He holds a PhD in economics from Yale and previously taught at the London School of Economics, the University of California, Berkeley and Northwestern University. Gregory blogs regularly on the Irish Economy website.

Gregory Connor delivered a well prepared and informative talk and presentation. It was educational, though informal in tone and he took questions afterwards. Acknowledging that he was one of the majority of economists who hadn’t predicted the crash he said that there were some lessons that could be learned from examining what did happen and how it played out.

His presentation focused on a number of key themes – what the effect was of Ireland joining the Euro, and how things may have worked out differently if our banking regulatory system had been stricter. Following with a look at how we might ‘cure our hangover’ Gregory addressed the housing situation, mortgage arrears and how Ireland might get out of debt.

Simon Carswell is Finance Correspondent with The Irish Times and has covered the banking sector since the start of the financial crisis. Simon delivered a well prepared and informative talk based on his book “Anglo Republic: Inside the Bank that broke Ireland”.

The talk was quite detailed, starting with Anglo’s early days and its move into the property and developer niche. There was also coverage of the ‘relationship banking’ model where Anglo worked with developers during the day and entertained them at night. The story developed as we moved into the boom years caused by access to cheap funding through being in the Euro and the rise in house prices.

Following the crash and the infamous night of the bank guarantee Simon went through what the bank bailouts are costing the State, and also detailed some of the dubious practices since uncovered that the bank was using to try and cover up its problems.

Simon is the author of two books, Something Rotten: Irish Banking Scandals, and Anglo Republic: Inside the bank that broke Ireland, which has been described as “a fascinating read for anyone interested in the present Irish crisis and how it unfolded”. He is a regular contributor to television and radio, and won National Newspapers of Ireland Journalist of the Year award in 2011.