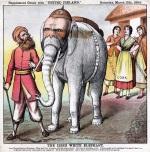 The following political cartoons come from the United Ireland and the Weekly Freeman and the National Press, Irish nationalist newspapers that commented on the last few decades of nineteenth-century Ireland. These cartoons illustrate Irish nationalist sentiments at the time by commenting on political events and figures, in particular the Home Rule Movement, the Land War, and the 1892 General Election.

The Home Rule Movement campaigned for self-government for Ireland and reflected the rise of Irish nationalism starting from the 1870s and into the 1900s. The Home Rule Movement is used to describe the political campaigns of various groups to secure Irish home rule. These organizations include the Home Rule League and the Irish Parliamentary Party, both founded in the early 1870s. Charles Stewart Parnell led the movement and, under Prime Minister William Gladstone’s Liberal government, the movement achieved some success. In 1886 the First Home Rule Bill was introduced and in the Second Home Rule Bill was introduced in 1893. Neither gained enough support to become law.

The Land War occurred between the 1870s and 1890s in rural Ireland and were led by the National Land League—an organization that fought for the rights of tenant farmers against landlords. During this time of civil unrest the National Land League sought to redistribute the land from the landlords to the tenants. The National Land League was founded and led by Michael Davitt, a supporter of the Home Rule Movement and Member of Parliament. Davitt called for the 3F’s: fair rent, free sale, and fixity of tenure. During the period of the Land War Irish politicians launched the Plan of Campaign (1886-1891), which sought to protect Irish tenants from absentee and rack-rent landlords.

The General Election in 1892 changed the political landscape in Ireland. It was the first general election since the split in the Irish Parliamentary Party following the news that the Party leader, Charles Stewart Parnell’s, had an affair with Katherine O’Shea who, at the time, was married to William O’Shea, also a member of the Irish Parliamentary Party. The result was the founding of the Irish National Federation Party and the Irish National League. Furthermore, in 1892 Gladstone’s Liberal Party won a majority of seats in Westminster. Gladstone supported Home Rule and a secure Liberal government was perceived as an important prelude to self-determination for Irish nationalists. 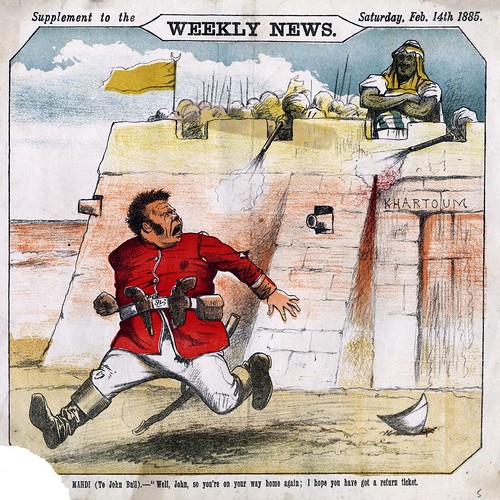