101 things you thought you knew about the Titanic. 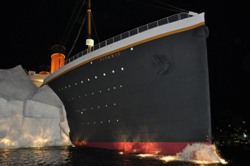 The book "101 things you thought you knew about the Titanic.... but didn't" is a fascinating study of some of the myths and half-truths that have arisen since that fateful morning of April 15th 1912. (Growing up in Cobh, I reckon I've heard 99 of them!) Author Tim Matlin dispels many of these popular legends using primary sources such as the US Inquiry and the British Inquiry, both of 1912. He also shows that many of these stories are indeed true. The myths are neatly separated into categories such as: The Ship, Omens, Passengers, Collision, S.O.S etc.

Below are a few examples to whet your appetite:

You can find more books on the Titanic in our catalogue.