This 18th century manuscript is the meticulous record by an early Dublin meteorologist, who documented the weather in the city on a daily basis during the period 1716 to 1734. The manuscript is part of the Gilbert Collection and is held in the Special Collections of Dublin City Libraries. Until recently it was not known who the author of the work was, but thanks to the research of historian Alan Smyth the diarist has now been identified as Isaac Butler (c1691 – 1755).

Isaac Butler was a man of many interests who played an important role in the community of his time. He was Parish Constable of St Nicholas Without and was commissioned to record the monuments of St Patrick’s Cathedral. During his lifetime, he travelled all over Ireland, collecting botanical specimens and also taking water samples in order to examine the mineral content of curative wells. But his interest in the scientific pursuits of meteorology, botany and mineralogy did not preclude him from publishing an almanac and practising astrology throughout his lifetime. The Diary, with its astrological explanations for closely observed natural events, links the old world view of  belief in astrology to the scientific mindset of the 18th century.

In addition to its importance in the history of meteorology and scientific method in Ireland, Butler’s record also provides fascinating insights into the daily life and times of 18th century Dubliners. He had an indefatigable interest in news from home and abroad, recording shipwrecks, fires and other important events in his Weather Diary.

The Diary of Weather and Winds manuscript

The Diary of Weather and Winds from Dublin City Libraries & Archives

Download the transcript of the Weather Diary (PDF, 1.57MB).

The Weather and Winds Image Gallery examines the places, people and events that Butler notes in his Diary or would have encountered during his lifetime. We are hopeful that the overview it gives of Butler’s world will encourage interest in the place, the time, the man and the sources.

The Diary of Weather and Winds image gallery 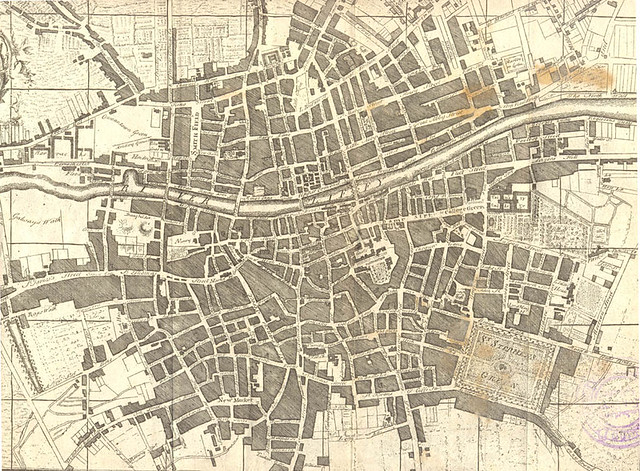 We would like to thank The National Library of Ireland, The Library of the Representative Church Body of Ireland, and Armagh Robinson Library for their co-operation in allowing images from their holdings to appear in the Image Gallery. All other material displayed is held in Dublin City Library and Archive and may be consulted at Dublin City Library and Archive, Pearse Street.