This blog is brought to you by Transition Year student, Aisling, on work experience in Pearse Street Library, and it's about her five favourite books ever. 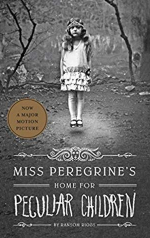 Miss Peregrine’s Home for Peculiar Children is my favourite book series at the moment.  Five of the six books books have been published so far. The Miss Peregrine’s series is perfect for those who prefer the slightly ‘cryptic’ side of fantasy with chilling photographs throughout. Even as a fan, be aware that the first book can be a bit slow as you only meet the peculiar children halfway through. The Conference of the Birds, released January 14th of this year, means that you will have to wait a very long while for the conclusion. 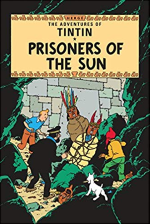 Next we have a classic comic series that always has a special place in my heart, The Adventures of Tintin - (Volume 3). Tintin comics by Hergé are a classic. It features a reporter thrown into the craziest of situations. His trusted dog Snowy, and a sailor trying to quit alcohol, make up the unlikely trio along with a whole bunch of other zany characters. Tintin travels all over the world to solve cases. 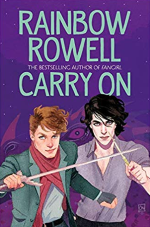 Carry On, and its sequel, Wayward Son by Rainbow Rowell. Carry On asks the simple question, “what if the Chosen One absolutely sucked at their job”, then instantly delivered. Based on the ‘fiction within fiction’ story in Rowell’s other novel Fangirl, Carry On tells the story of Simon Snow and his time among fantastical wizards trying to avoid fighting the ‘Big Bad’ the entire time. Oh, did I mention his boyfriend is a vampire? Yeah, it’s a pretty cool novel, and I would definitely recommend it to anyone who feels dissatisfied with the ending of Harry Potter. 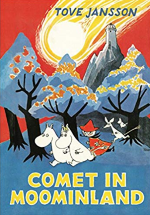 Comet in Moominland, or pretty much any other story in Tove Jansson’s Moomin series, is a surefire way to increase your dosage of serotonin. My source is this perfect cover. This particular installment is the second novel Jansson wrote for the Moomins and friends. The book debuts of my favourite character in the franchise - Snufkin!

He’s the little fellow in red on the cover. The main plot of this story is that a comet is coming to destroy the valley the Moomins call home, and they’re off to try and stop it! It’s probably one of the more serious issues in the series.

For my final novel, we’re going back to the classics with my favourite book, The Maze Runner by James Dashner. 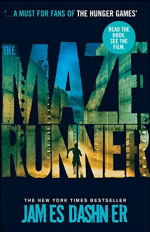 Despite similiar books like The Hunger Games or Divergent, The Maze Runner is the only one of the post apocalyptic Young Adult novels that stuck with me. I  have read all five and each time I wanted more of this strange universe and the characters. I wanted to learn more about what made Cranks the way they are. This book is also half the reason I picked up a lot of strange slang. My favourite will always be the original novel, though, as it’s about a boy named after Thomas Edison who woke up in a box and ended up surrounded by a maze with a bunch of other boys for company, trying to survive.