Dublin: the city and the river 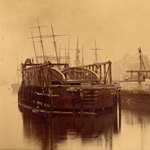 The area around the mouth of the River Liffey was inhabited from at least Neolithic times by farmers and fishermen. By the 8th century small churches provided the first signs of Christianity, one on the site now occupied by St Audeon’s on the hill above the Liffey. The great arc of Dublin Bay offered an inviting harbour for sea-going vessels, although its sand banks, shallows, slob lands and treacherous currents proved an obstacle to larger shipping in reaching safe anchorage upriver.

The beginnings of Dublin as a major centre of habitation and trade go back to the Viking era when the River Liffey afforded a suitable landing place for Viking longboats and other trading vessels. Dublin was Ireland’s first town, it grew up at the crossing point of the River Liffey known as the Ford of the Hurdles, and got its name Baile Átha Cliath from that crossing. Its alternative name Dubh Linn is derived from the Black Pool in what is now Dublin Castle. Dublin was also a focal point for four ancient trackways which crossed the country and converged on the east coast at Dublin Bay. Throughout its life as a town and a city the River Liffey and its tributaries provided the life blood for Dublin’s growth and development. The river also has mythological qualities, as Anna Livia (Anna Liffey) becomes a character of folklore and literature.

View Dublin: the city and the river image gallery 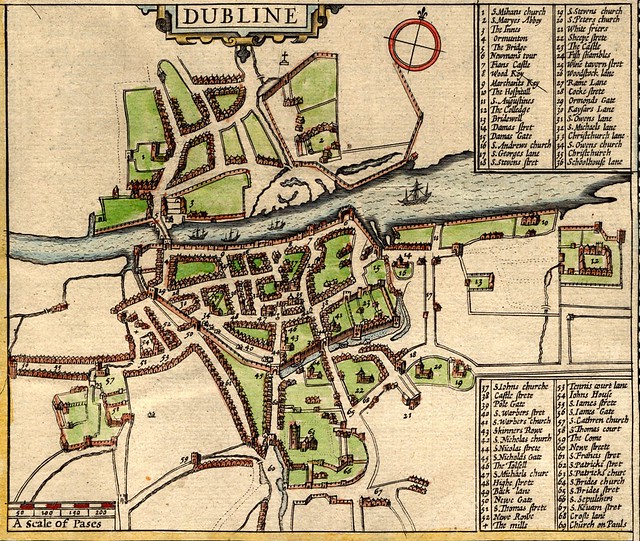 A large collection of images from Dublin City Library & Archive can be viewed on Dublin City Council’s website www.bridgesofdublin.ie

Browse and search for images of Dublin at the Libraries and Archives Digital Repository.

Many of the engravings featured in Dublin: the city and the river image gallery are from the following two sources: